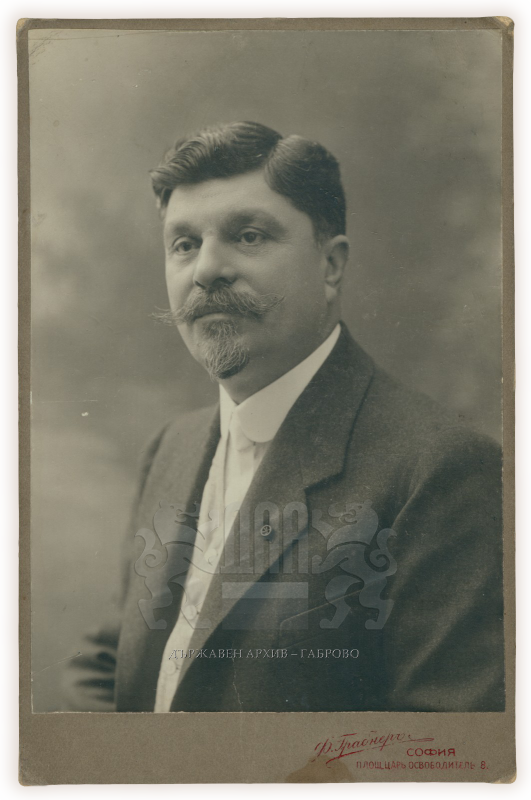 Peter Tsonchev was born on 8th November 1867 in Gabrovo. As an Aprilov scholarship student, he graduated medicine in Kiev. Doctor Tsonchev worked as a district and hospital doctor in Gorna Oryahovitsa and Gabrovo, teacher at the Aprilov High School, lecturer in professional hygiene at the Mechanical School “Dr. Nikola Vasiliadi”, head of the Administration of National Health in Sofia. He took part in the Balkan War and WWI.

Doctor Peter Tsonchev was a generous donor to the library “Aprilov- Palauzov” in Gabrovo, to the Aprilov High School for which he opened a fund after his name to help poor student. As a president of the local party group of Gabrovo, he actively worked for towards collecting of resources for the building of the monument of Vasil Aprilov. Together with his wife, Stoyanka, they donated means for the building of a gymnasium in the Aprilov High School.

Because of his incredible service as a researcher of his hometown and popularizer of the history of Gabrovo, on 9th November 1937 Peter Tsonchev was declared Honorary Citizen of Gabrovo. There is a street in Gabrovo named after him, which is in the center of the town where he had lived until he moved to Sofia and a bust south of the regional library in Gabrovo.